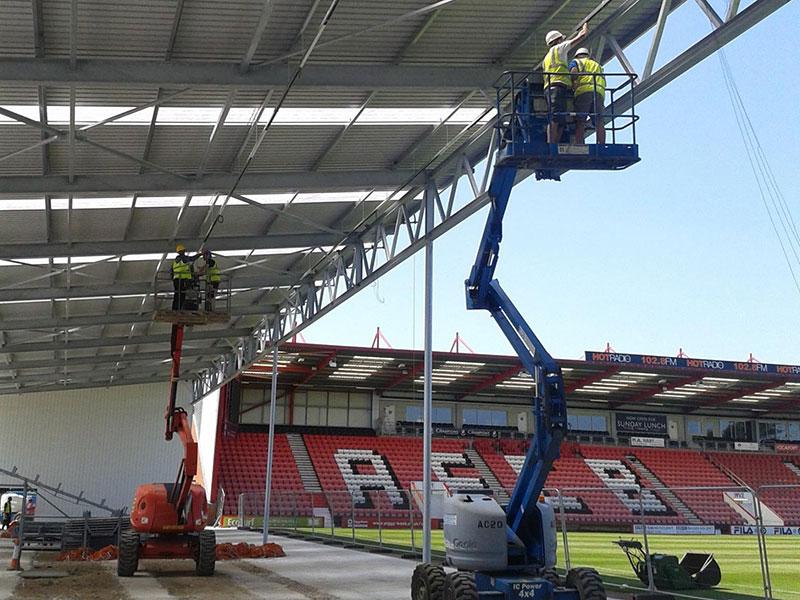 The South Stand was constructed during the close season of 2013, and we, at Kevin Wilkins Electrical Contractors, started the electrical installation in the early part of July. The pressure was on from the start, as a visit from Real Madrid had been arranged for the end of the month and all seats in the south stand were sold even though no actual seats were visible! The stand had to gain a safety certificate before any paying guests would be allowed in.

Three rows of lighting trunking were installed at high level with the weatherproof fluorescent fittings fitted to the trunking. The 4th row at the back of the stand was fitted directly to the purling of the roof. Steel wired armoured was used to provide power to the lights and ran from the switches in the mains cupboard under the stand in the concourse, to each of the trunking runs.

Concourse lighting was fitted to the cable tray which was installed along the entire length of the walk way. This allowed other services, Fire alarm and data cabling to be neatly installed by others.

The toilets in the concourse each were fitted with lighting and hand dryers, with the water being heated by immersion heaters located next to the Distribution Boards.

External Lighting was provided to the rear of the stand and emergency lighting provided in all areas.

The main feed for the stand originally came from the adjacent maintenance room, although during the alterations to the ground in 2015, a dedicated supply was installed from the mains room at the far end of the ground.

We successfully completed on time, the South Stand was given a safety certificate and the game against Real Madrid went ahead with the home team being narrowly defeated 6-0 in front of a full house. 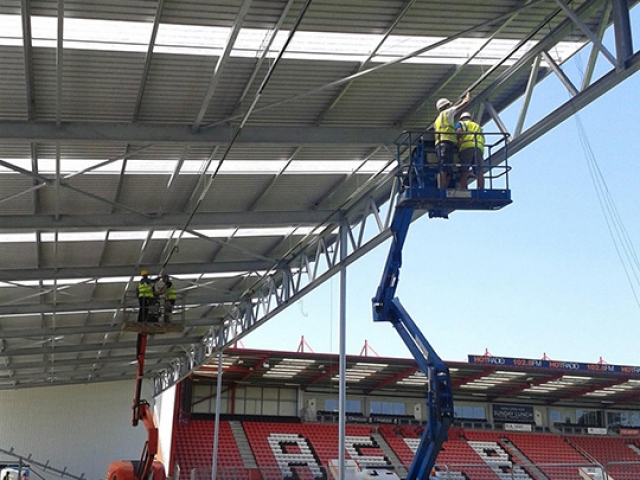